Sandra says: The Proof is in the Pudding! 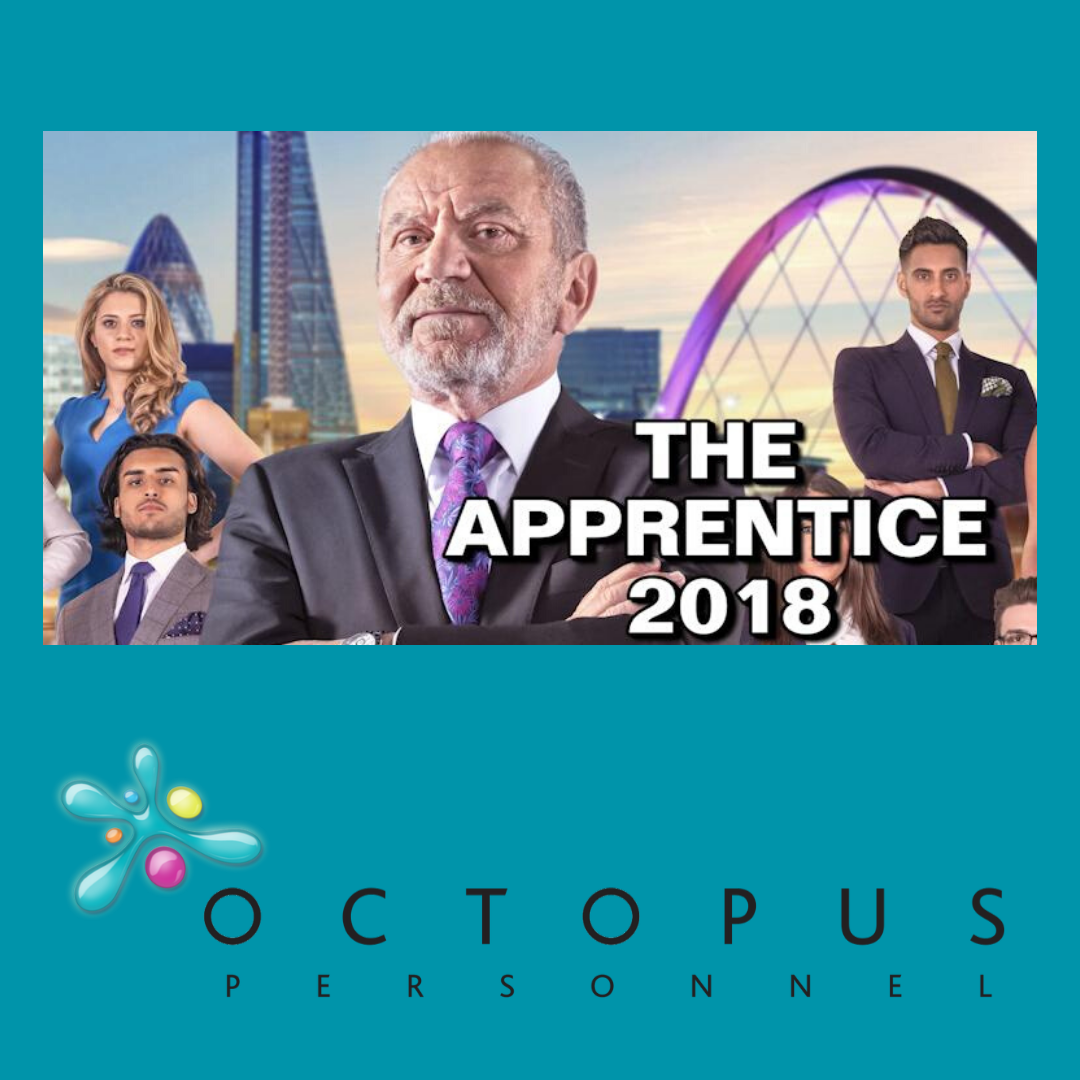 What can we learn from #TheApprentice so far?

Like an entrepreneurial X-Factor, The Apprentice has gained in popularity. The show bounces along on the comedic interplay of one-liners from the lovely yet sceptical Karren Brady, demanding Claude Littner, reigning king Lord Sugar and the increasingly colourful candidates who take part. Are there lessons which translate from the tasks into the world of recruitment?

Much like the Octopus office this week, last week’s episode was a combination of The Apprentice meets Great British Bake Off as the remaining candidates’ doughnut-making skills were put to the test. What can recruitment candidates learn from the challenges, mistakes and successes on The Apprentice?

1. Consistency matters – be reliable and punctual

Just like a tray of doughnuts, employers have a range of candidates to choose from, so how can you impress? When on a temporary assignment, your presentation, attitude and work ethic matters. To be ‘appetising’ to an employer, you need to show that you can be consistent – that you are offering the same high level of focus, skill and time-keeping every single day.

Whether you are offered permanent employment from a temporary position, or you build more valuable experience for your CV, you need to demonstrate your reliability and punctuality every single day.

2. Customer service and a positive attitude wins the day – be approachable and engaging

Last week, one of the candidates emerged as a front-runner when Claude Littner heaped rare praise upon them. Kayode put his professional speaking talents to good use by selling some frankly rather unappetising looking doughnuts in several languages.

“It’s not about the look, it’s about the taste,” Kayode explained enthusiastically to a customer, who was clearly won over by his eager excitement. Quickly building relationships with people, be they customers or employers, is vital in any line of business. Wouldn’t we all like praise from Claude?

In a non-boardroom related injury, acting extra Kurran fractured his arm during an arm-wrestling match, leaving Lord Sugar to dish out all the puns he could manage – “You finally got into a cast, anyway. You got your big break – and from what I heard, you appeared in Casualty also!” Hilarious as Lord Sugar is, safety in the workplace remains a serious concerns for all employers and employees. According to the Health and Safety Executive, 144 workers were killed at work (2017/18) and there were 609,000 injuries which occurred at work, according to the Labour Force Survey. Although Health and Safety often suffers from a boring image, following advice, guidance and rules in the workplace is vital – don’t arm wrestle!

This evening, episode four of #TheApprentice, which airs at 9pm on BBC One, will see the 12 remaining candidates selling products at a bodybuilding expo. Lord Sugar will then decide which candidates didn’t pull their weight and at least one will be fired. Will you be tuning in? Let us know about your thoughts on the candidates and your real life lessons from the show.

The views and opinions expressed are those of the author and do not necessarily reflect the official policy or position of any other agency, organisation, employer or company and no copyright infringement is intended.

10 things I love about temping

Temping is great. Yes, I know I’m going to say that as it’s my job but there are so many…

How to register with a recruitment agency

How to register with a recruitment agency  The job market is changing. According to the Office of National Statistics (ONS)*,…

How can grab an employer’s attention and effectively market yourself? What are the secrets to CV success in 2020?  To…

The perfect, proactive LinkedIn profile: up your game in an hour

Rae Britton, Octopus Personnel Marketing Manager, explains how to invest an hour today to improve your LinkedIn profile to work…

7 classic CV mistakes to avoid (and how to fix them!)

Emily Reynolds, Octopus Personnel Office Administrator, and owner of one of the most impressive CVs and cover letters we’ve seen…

The Best Student Guide to preparing for Work

Helping you thrive: 8 Tips to Impress in a New Role

Lena Burnett, Octopus Personnel Recruitment Consultant, explains how to impress in those first few weeks of your new role. Congratulations!…

Lucie, Octopus Personnel Recruitment Consultant explains how to use those tricky questions to your advantage in an interview. Congratulations on…

Is January the best time to job hunt?

Lucie, Octopus Personnel Recruitment Consultant, explains why this January is the perfect time to search for your new job or…

Working at Christmas can be interesting, challenging and lots of fun.  Some people hate working at this time of the…

At Octopus Personnel, we appreciate that searching for a new career or job is filled with constant emotional highs and…

11 Reasons you should consider Temping

Read our guide below explaining 11 key benefits of temporary working and consider temping! An experienced and dedicated team of…

15 Top Tips to Impressing at Interview

Congratulations! You’ve made it to interview! Before you step into that room, follow the Octopus Personnel guide to impressing at…

5 Reasons to work on Boxing Day

There’s no better time for a fresh start than the beginning of a brand-new year. It’s a point at which…

How to afford the car of your dreams!

The main talking point of The Chancellor, George Osborne’s budget concerned the scrapping of the requirement for those with defined…