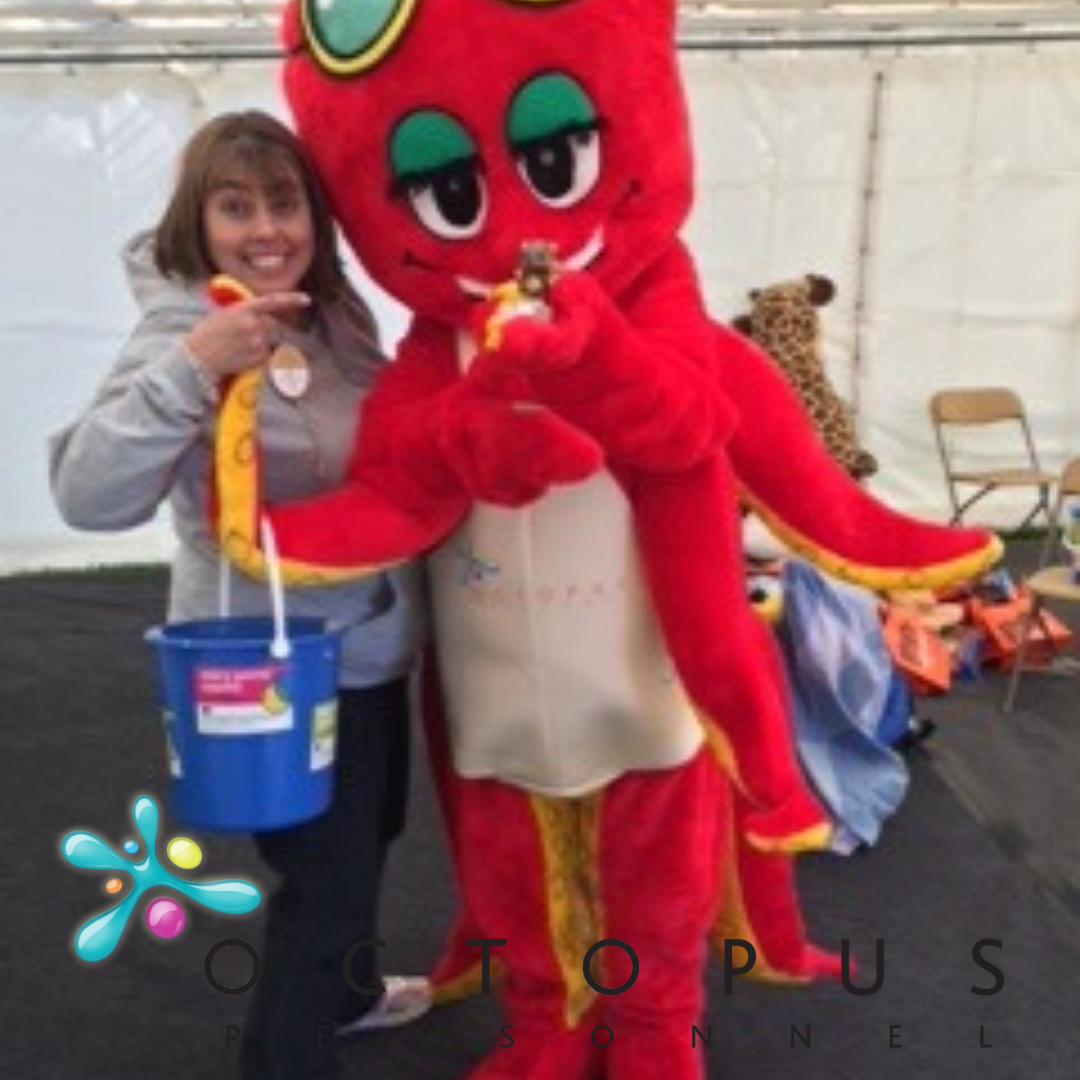 Sunday 13th April saw the annual children’s day at Wincanton Racecourse and what a glorious day for it! The days itself was filled with fun activities for children from a bucking bronco to a clown and there was even Shetland Racing to kick the day off in the paddock. However, one thing that nobody would expect to see at Wincanton Racecourse on a sunny afternoon was Ozzy and all of his friends ready to battle it out in a mascot egg and spoon race and a Somerset vs the rest of the world tug of war.

The mascots battled it out in the egg and spoon race, seeing Chalky the Panda from Salisbury City Football club win, closely followed by the rest of the gang with Tadworth the Hound representing the children’s trust following up the rear. Soon Ozzy and the gang were in the paddock battling it out in the Tug of War. Ozzy was lucky enough to choose sides as he represents all of our offices in Dorset and Somerset, clearly, his choice to opt for the Somerset team with the mascots from Bath Rugby, Yeovil Town FC, Wincanton Wolves FC and The Little Chef, was a good one as Somerset dominated the tug of war.

All of the mascots congregated for the prize-giving ceremony in the main paddock where 3 of the Bath Rugby team presented the mascots with prizes and medals. Ozzy was lucky enough to win Best Dressed Mascot, must have been down to his snazzy new swimming costume!

All of this was rounded off by a bucket collection at the end of the day in aid of the Tadworth Children’s Trust and charity that supports children with acquired brain injury, complex health needs and multiple disabilities.

Many thanks to everyone who supported the Tadworth Children’s Trust yesterday and to all of those who supported Ozzy throughout the day. He loved meeting everyone and was thrilled to be able to bring the Best Dressed Mascot award back into the office to show off this morning.

The story of Octopus Personnel – An Unexpected Journey

An Unexpected Journey Wow, what was I thinking 15 years ago? We were rapidly heading for a recession, and I…

Ain’t no party like an Octopus party. We are celebrating 15 years of Octopus Personnel this month and to celebrate…

Here is our 2021 Video Advent Calendar full of our favourite Octopus moments from this year. We hope you enjoy…

The Jobsmobile at the Job Fair in Sturminster Newton

On Thursday 21st October, The Jobsmobile took its first outing to The Job Fair at The Exchange in Sturminster Newton….

Ready, Steady, Bake! The team at Octopus Personnel never need much of an excuse to get their whisks at the…

Get to know the newly appointed Recruitment Office Manager

Lucie talks about work/life balance, her inspiration being a Recruitment Consultant and her new role as Office Manager at Octopus…

Greetings from the North Pole Christmas time is here again! That means it is time for me to move in…

On Top of the World

Congratulations to Rosemary Burbidge who won our free competition at The Gillingham & Shaftesbury show this year. She was the…

The Octopus Personnel team from Bournemouth had a great day at Bournemouth University Fresher’s Fair on Saturday 28th September. The…

Some of the Octopus Team are at Yeovil College this evening at the Apprenticeship Recruitment Event. The event is open…

Up, up and away! For the first time in a few years, we were able to leave our wellies and…

Its that time of year again! Hopefully, we won’t need our wellies this year We are looking forward to seeing…

Following a demanding assessment process, we were recently delighted to receive confirmation that we had been awarded a Gangmasters Licence…

Winner Of Our Balloon Race

Aden Ottewill was the owner of the winning balloon in our balloon race. His balloon travelled an impressive 238 miles….

How excited were we this morning to have received an email with knowledge of one of our balloons whereabouts. The…

Recruitment is about people and finding the right person for the right job. If you want to meet a team…