Dextra – the local light in the darkness 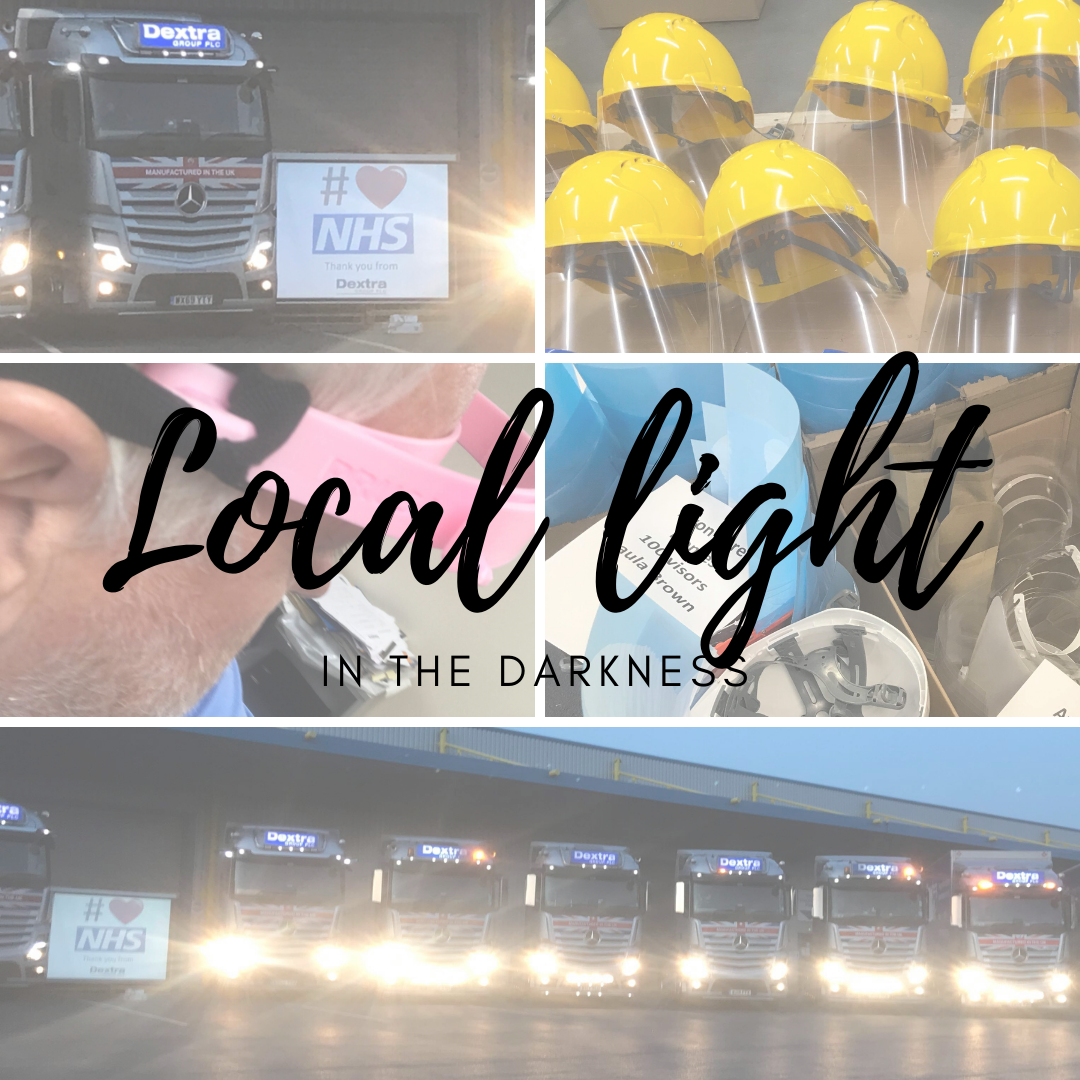 Keith Brownhill, CEO of the Dextra Group, outlined their efforts to support the NHS and food industries as well as thanking donors, such as Octopus Personnel and Screwfix, who are enabling Dextra to supply free PPE to local NHS, Care & key workers to BBC Radio Somerset this morning.

The UK’s largest privately-owned lighting manufacturer, Dextra Group, lighting manufacturer based in Gillingham, is certainly playing its part in the response to Coronavirus and has been prioritising orders for the NHS, NHS Suppliers and food production industries supplying both standard and bespoke products in as little as 24 hours from point of order.  They have also been producing PPE for local NHS and care workers.

Although the Group is facing a fraction of their normal turnover, with 60% of staff furloughed, they are prioritising NHS orders and food manufacturers wherever possible.  As an NHS supplier, they outfit anything from a corridor to a whole hospital with lighting, as well as all major supermarkets, and this demand is equally vital during the current situation.  Dextra are currently working hard to supply lighting for the pop-up supermarkets outside the Nightingale hospitals, with very tight deadlines, often a single day, to dovetail with the operational needs of the hospitals.

Keith explained, “It’s great to be able to be there.  A lot of manufacturers have shut, said they aren’t going to develop the product, but we are developing whatever we can, within a couple of days, to help wherever we can really… If we save one life or one person from getting the virus in the working staff, I think it will be worth it personally.”

Keith went on to talk about the fantastic work Dextra is doing in producing PPE for local health organisations, with donors like Screwfix and Octopus Personnel supporting their work.   Dextra has also completed and delivered a significant number of visor headsets and converted hard hats for local NHS, Care staff & key workers.  Dextra is making visors which were approved by local GP’s and they are now in use in 7 local GP practices.  The visors are different to the normal NHS specifications, the aim being to produce a protective visor which could be ‘wiped down’ to protect staff.  Dextra still currently have some visors & safety glasses for NHS & care workers, please email kbrownhill@dextragroup.co.uk directly with any PPE enquires.

Octopus Personnel is incredibly proud to have been able to support Dextra with the donation of hard hats for PPE and we thank all the Dextra workers for their continued efforts to support and protect the NHS.

Listen to the full interview on Breakfast on BBC Radio Somerset from 2:50:55 https://www.bbc.co.uk/sounds/play/p089k90y

I look after the marketing for Octopus – from the job adverts you see to the events we put on throughout the year.

I love being in the middle of the office, soaking up the lively dynamic atmosphere. The team at Octopus really care about our job searchers and clients and do everything they can to understand everyone’s needs and make intelligent and productive job matches. Their drive and fun loving spirit inspire me every day!

This week is Mental Health Awareness Week and this year’s campaign is raising awareness of loneliness. One of the many…

Comms are key Through social media and emails, we have worked hard during this time to keep all of you,…

The whole country is now exploring what the new work normal looks like for their business.  Octopus Personnel, as a…